The Oxford English Dictionary defines primary as "Occurring or existing first in a sequence of events; belonging to the beginning or earliest stage of something; first in time."

If you can remember that primary comes from prime, meaning first, you're halfway to understanding how primary sources may fit into your research. screen shot of the definition of primary from the Oxford English Dictionary

The definition of primary source changes from discipline to discipline, and sometimes from instructor to instructor. Some instructors take a very broad view, some a very narrow definition.

You can learn more about primary sources in the following case studies.

Peggy and Dermit, researchers in the Amphibians Department at Waycool University, have spent the past four years researching the Blue Arctic Singing Frog. They have monitored and recorded the frog's eating, sleeping, migrating, hopping, and singing patterns. They're made some pretty extraordinary new discoveries about how the frogs use songs to communicate with other frogs.

They've written an extensive research paper documenting their discoveries. Their paper includes several sections that are expected in research reports, including:

the methods they used to gather data.
the results of the study, which includes a lot of charts and graphs.
a lengthy discussion of how they interpret the results.
a list of all the sources (books, articles, web sites) they used, giving credit to other scholars whose work contributed to their study.

Their research report is the first source documenting the singing patterns of the Blue Arctic Singing Frog. It is a primary research article.
They've written the paper; now what?

Peggy and Dermit want to share their research with other scholars. They want to have it published in a scholarly (academic) research journal. They submitted the paper to the Journal of Arctic Amphibians, which is a peer-reviewed journal. Several other wildlife and biology scholars read the paper carefully. These scholars, Peggy's and Dermit's peers, scrutinized the methods, results and discussion. They even sent it back to Peggy and Dermit for clarification and revisions.

Eventually, Peggy and Dermit's paper was accepted to the Journal of Arctic Amphibians. It only took a year after they finished their paper, but often it can take two or more years.

So Ms. Science Editor summarized the article and published the easier-to-read version in the Sunday edition of the newspaper. Her article is a secondary source: it's a second-level interpretation of the primary research. The story was so popular that newspapers all over the country picked it up and published it. A couple of weekly magazines also wrote summaries of the research. Those articles are all secondary accounts.

Three years later another biologist wrote a book about arctic wildlife. He included information about the Arctic Singing Frog and Peggy and Dermit's study. That book is another secondary account of their study.

Peggy and Dermit may write additional scholarly articles about their research, or expand it into a book; these would also be primary sources.  If, however, they write a popular magazine article discussing the Arctic Singing Frog without all of the technical details of their research, that would be a secondary source.

Scholarly research journals are the best type of source to use for finding primary research articles. Use a periodicals index, like ProQuest or EBSCOhost (or Google  Scholar) to locate articles on a topic in scholarly journals. 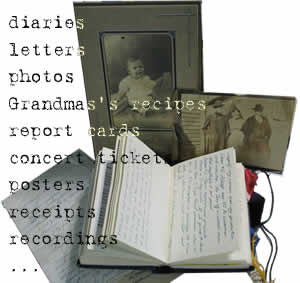 When Sophie migrated from Ohio to Oregon in 1859 she took a diary and recorded all the details of daily life on the trail. She counted births, deaths, the weather and other details of their journey. One hundred years later, her great-great grandchildren found the diary in the attic, soiled, stained and falling apart. The journal is a primary source.

Sophie's writing was so eloquent and poignant that it has been written about and paraphrased in many books written about the Oregon Trail. Many scholars refer to it as a statistical record. All those accounts are secondary sources.

A couple of publishers reprinted the entire diary in collections of writings, but they fixed Sophie's spelling and grammar errors. (Sophie wasn't getting graded so she didn't worry about such things.) Because the original was altered, those books are considered by many scholars to be secondary accounts.

One publisher, Trulyoriginal, Inc. reprinted Sophie's diary exactly as it was written. Although they translated Sophie's handwriting into typing, they did not fix her spelling or grammar and they maintained the original formatting as much as possible. Whenever smudges or other damage made the original indecipherable, they included a note stating such. They even included scanned pages from the original diary. Most scholars would agree that this book is a primary source.

Do you keep a journal? Someday your descendents will thank you leaving a primary source documenting the times you live in.

Online you found a web site titled Charters of Freedom, from the United States National Archives. From this page you can view and download images and transcripts of the Declaration of Independence, The United States Constitution, and the Bill of Rights. This site is also packed with information about the history of the documents and what impact they've had. image of the constitution

In research terms, this web site is known as a gold mine. That's GOLD MINE. All the information on the site about the documents is secondary information. The image scans and transcripts of the original documents are acceptable as primary sources.
Librarians Tip

It's likely that your instructor will only accept primary sources from the internet if the source is from a trusted, reliable web site. Don't be duped: evaluate sites before you use the information.

Because the role of newspapers is to report on the news, not create it, newspaper articles are generally secondary sources. The same is pretty much true of popular magazines.

Following are some examples of when newspaper and popular magazine articles can be primary sources:image of nyt front page from 1851

Primary and Secondary Sources
He said she said

You are writing a paper about the influence Dr. Martin Luther King, Jr. had on the country's leaders and policies. You find a speech called "I Am a Man, a Black Man, an American," delivered by Clarence Thomas, Justice for the United States Supreme Court, delivered on July 29, 1998.

The speech was printed the September 15, 1998 issue of Vital Speeches of the Day, a periodical. This speech, in this periodical, is a primary source.

Later, as part of MLK events on your campus, you attend a forum commemorating the contributions Dr. King made to education. Comments made at the forum are primary source material. If you use it, however, you must record or transcribe it accurately.

You decide to interview one of the forum presenters to fill in some details about Dr. King. That interview is a primary source.

Following the interview you have a email conversation with another of the forum presenters. Those email records are primary sources.

So far we've looked at a few types of primary sources:

Here are some others: